Creating a blog for the first time in many, many years. Even though I labeled this as a food and travel blog, it'll probably be a variety of things including photography. Anyway, let's start this off with a bang since it's (or was) Independence Day here.

I went into sweltering Washington, DC for the fireworks. After the first metro train I was on broke down in a shower of sparks and the smell of battery acid everywhere, I finally made it in at 8:45, 25 mins before the start. Unfortunately, this year's fireworks were not as impressive as previous years.  There was less variety in the fireworks, and they didn't seem to fly as high up as before. 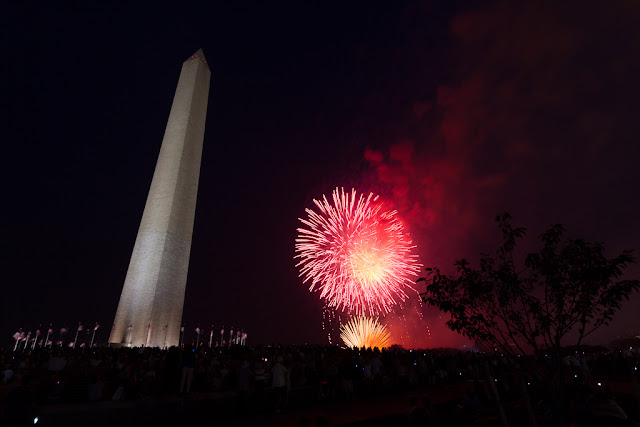 Not to mention, a number of fireworks exploded while still on the ground (as shown in the photo). Looks like there was a batch of defective rockets. 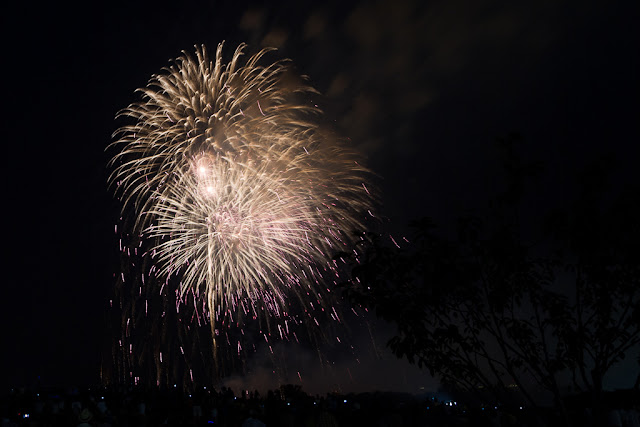